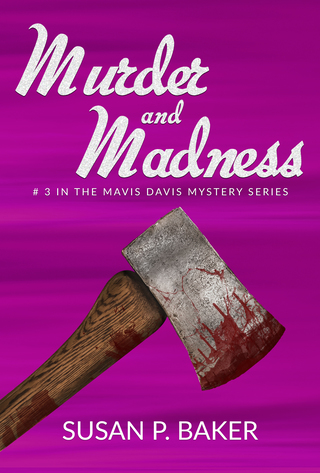 The cover of Murder and Madness

In my mind, there's no great mystery about the source of my idea for Murder and Madness. For a long time, I'd been thinking about what probably had happened in one of the unsolved cases in my Murdered Judges of the 20th Century book. I'd wanted to use that case somewhere, whether fictionalizing the incident as a stand-alone novel or tying it into the Mavis books or the Lady Lawyers books (or what will be books, plural, as soon as I put the second one out [which is planned for late this year]). So I decided to let Mavis solve the crime.

I also wanted to move Mavis, at least temporarily, down to Galveston. I had started another Mavis book years ago where she and Ben had been at the beach and discovered something buried in the sand. (I won't say what because I may use that idea someday.) So, I thought, besides going for a weekend at the beach, what else would get her down here? Answer: If a client hired her to investigate a case in Galveston. And shouldn't it be water related? Ergo the victim being a cruise ship captain and the family living in a beach house.

Additionally, I'd done research, in the few years prior, about narcissists, sociopaths, and narcissistic sociopaths (as opposed to psychopaths), who I believe have a form of mental illness—madness, if you will. And I've long had an interest in stories about people who disappear, being estranged from their families or otherwise. Add in some odd characters, which we always have an excess of down here, drugs, alcohol, and the unique characteristics of the island, and there you are. Murder and Madness was born.