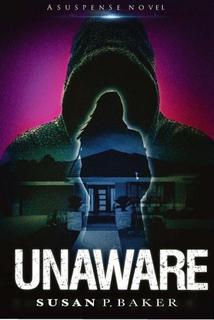 The cover of Unaware

The inspiration for UNAWARE came when I was in my first year of practicing law. I took mostly criminal and probate court appointments, and was hired on a few criminal cases, a few civil cases, and "family" law cases.

Just like in the novel, one day a beautiful, twenty-something, blonde-haired woman came to talk to me about a divorce. Her husband worked on the wharves. He'd been violent with her. Her husband thought he could get away with anything. She was scared. He had threatened to rip her guts out with a cotton hook. Later, she told me he'd threatened me as well.

Over the course of the case, I met the husband. The husband was rather good-looking, but creepy with scary eyes. He refused to get a lawyer, insisting he'd come to my office to sign any paperwork he needed to sign, which was not my favorite thing with people like him.

I was married with two young daughters. My husband traveled frequently for his job. While the divorce was pending, I had an occasion to be out late one night and was followed home. My husband was out of town. I had no way to defend myself or my kids. Due to some action I took, nothing happened, but the next day I bought a gun. I used to keep it in the table next to my bed, unloaded but with the bullets handy. So you can see the basis for a suspense novel like UNAWARE.